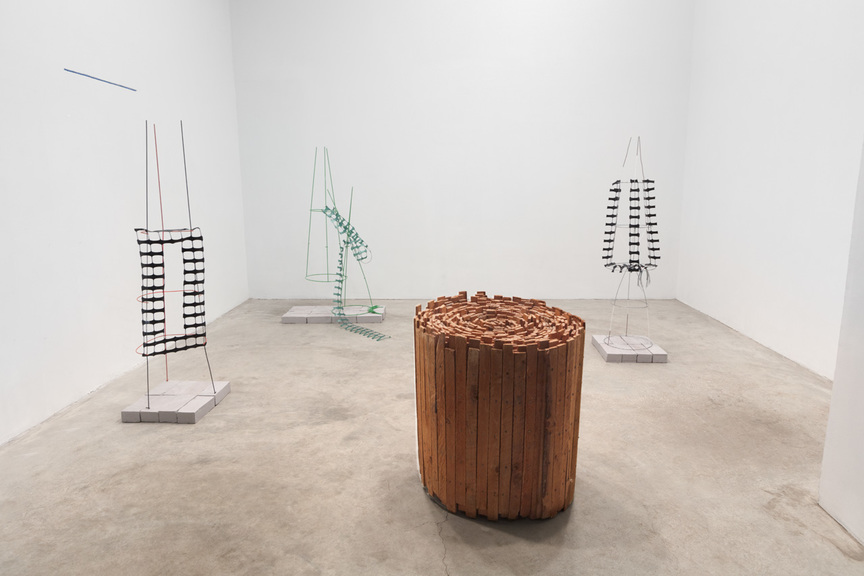 In 1979, the Museum of Modern Art presented a mid-career retrospective of Jackie Winsor’s work, the rst retrospective show of a woman artist in MoMA’s department of Painting and Sculpture since 1946. This type of pioneering accomplishment punctuates Winsor’s 50-year career. Included in that 1979 MoMA show and exhibited here again, Winsor’s early work Solid Lattice (1970) encapsulates Winsor’s ability to imbue raw materials such as wood, rope, and nails with willpower and elegance. Lucy Lippard has noted: “Winsor often refers to ‘muscle’ when she talks about her work, not just the muscle it takes to make the pieces and haul them around, but the muscle which is the kinesthetic property of wound and bound forms, of the energy it takes to make a piece so simple and still so full of an almost frightening presence.”1

Winsor created Solid Lattice by nailing narrow wooden slats together in a vertically oriented compact spiral, working outward from a dense core. The piece is compressed physically and energetically, occupying its encircled space with both force and restraint. This amassing of the layers of wood ironically causes the sculpture to lift slightly from the oor, giving it an illusion of hovering at its bottom edge. It is precisely this forthrightness and blunt intention that buoys the work into its own mysterious zone.

Linnea Kniaz is somehow both effusive and reserved. This paradox materializes in her work: a generous output is often buttressed by analytical observations of that output, such that the bulk of her work’s content locates itself in those observations on making. Consider these titles of paintings from 2013: What Surrounds the Special Mark is Now in the Special Mark, The Platform Underneath And The Platform Below, Trying to Connect a Mark and Its Platform. In the case of this exhibition, the street-level vitrine gallery is itself one of Kniaz’s “platforms” put to use. Installed freestanding on the gallery oor are three new works from Kniaz’s “Framework” series. Made of rounded wire cage-like forms, construction mesh, and paint, Framework 1, 6, and 11 read more like line drawings or mechanisms for garnering sensation than traditional sculpture. Skeletal and serial, the structures illuminate the kind of playful inversions, repetitions, and rephrasings that lend Kniaz’s vision its singular agility. 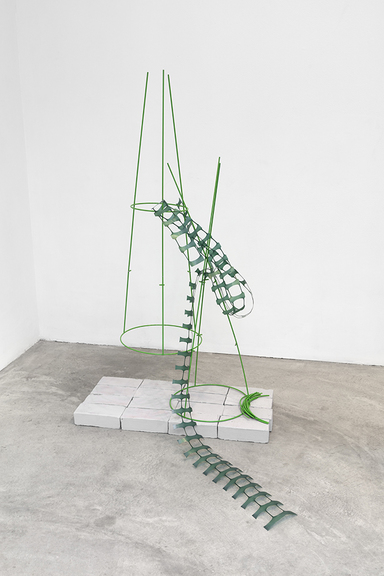 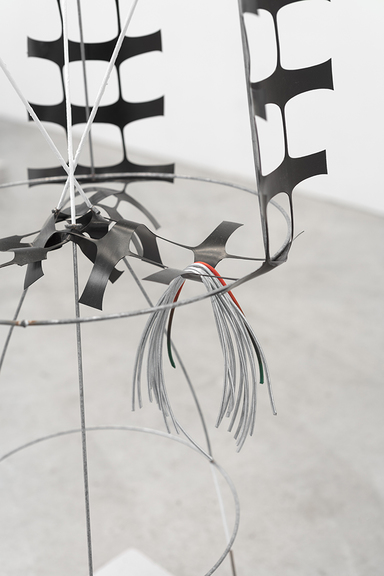 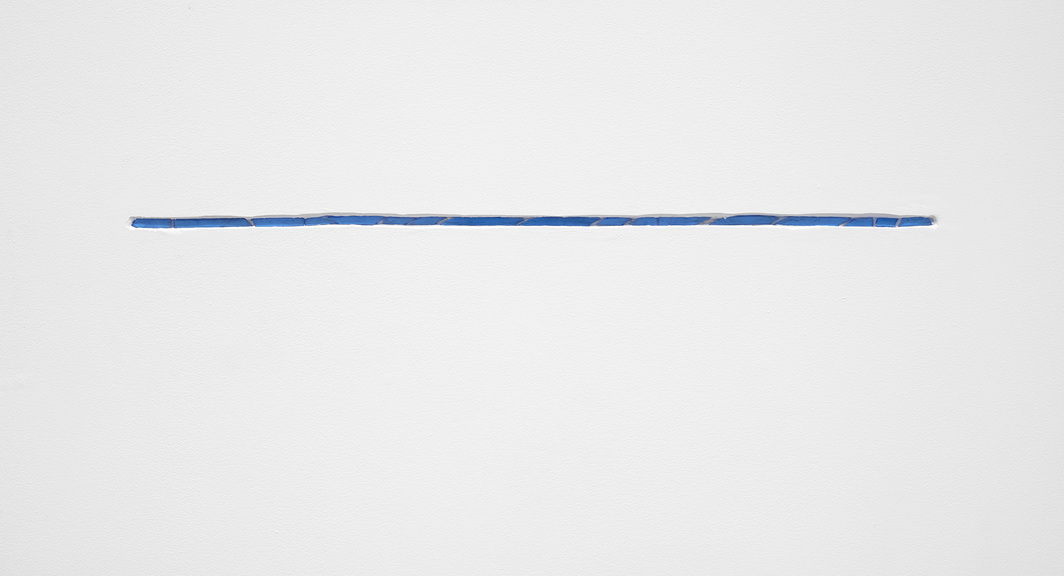 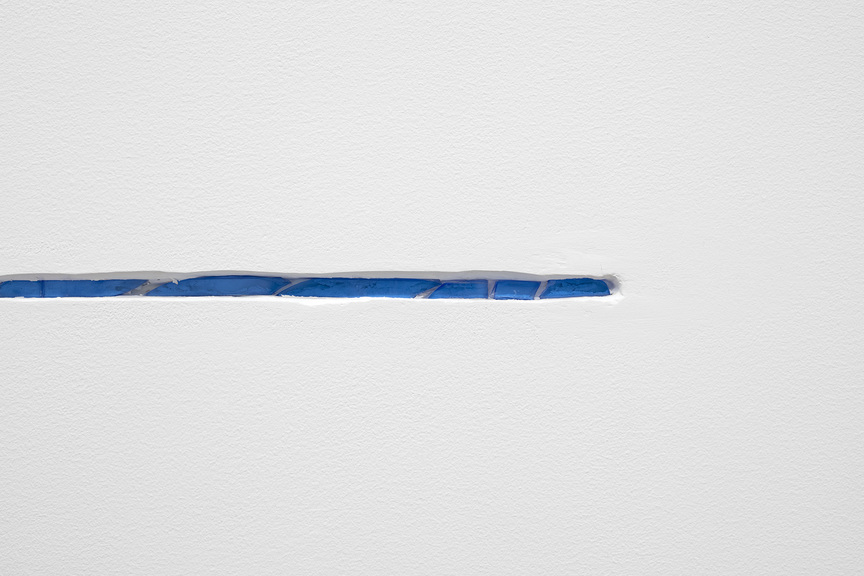 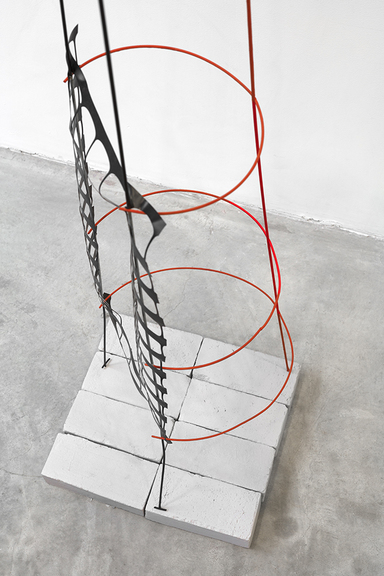